More than 1,000 pilots, athletes, coaches and referees from 37 countries converged on Wuhan, China, for the first edition of the FAI – ASFC World Fly-in Expo (WFE).

The air sports extravaganza, which ran from November 4 to 7, attracted some 300,000 attendees, including 100 exhibitors from general aviation companies and air sports organisations. 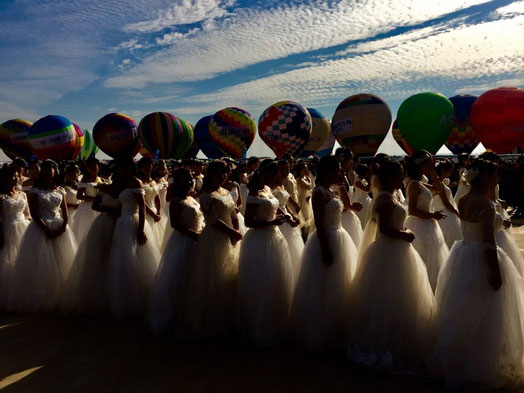 Frits Brink said to the pilots in his closing speech: “I am delighted to be here at the 2017 FAI – ASFC World Fly-in Expo in Wuhan. ‘Let's fly together’ is the slogan of the event. Together is the key word in all we do and strive for. Enjoying the sky, and I should better say, flying in the ‘open and peaceful’ sky is not only a joy but the obligation and responsibility to work on together as pilots from all around the world.”

The National UAV Professional Technical Talents Grand Prix and the Innovative Aircraft Challenge, which aims to encourage the development of new types of aircraft, were also part of the event.

Frits Brink said: “It is wonderful to see air sports developing so quickly in Asia and to meet many of the people driving that development at this fantastic event.

“The FAI is committed to promoting air sports around the world and is proud to be a host for the first ever World Fly-in Expo.

“As the governing body for air sports, the FAI is the only organisation that can run recognised international competitions of this kind.

“Congratulations to the winners and to everyone who took part.”

Other highlights of the event included indoor and outdoor exhibitions covering a total of 80,000 square metres and incorporating 100 stands and more than 200 aircraft, and a spectacular air show involving 588 aircrafts.

Formation skydiving, aerobatic stunts, aeromodelling demonstrations including a drone-powered light show were among the displays to thrill spectators.

Paramotor pilots also broke the Chinese national record for a simultaneous launch, with 80 paramotors taking off together, while FAI officials enjoyed a successful meeting with the Air Sports Industry Summit.

Frits Brink added: “I would like to congratulate the Wuhan Economic and Technical Developing Zone and the Wuhan Sport Bureau for organising a truly world class event.

“We at the FAI look forward to working with the city of Wuhan on the next edition of the FAI – ASFC WFE, to be held in two years’ time. 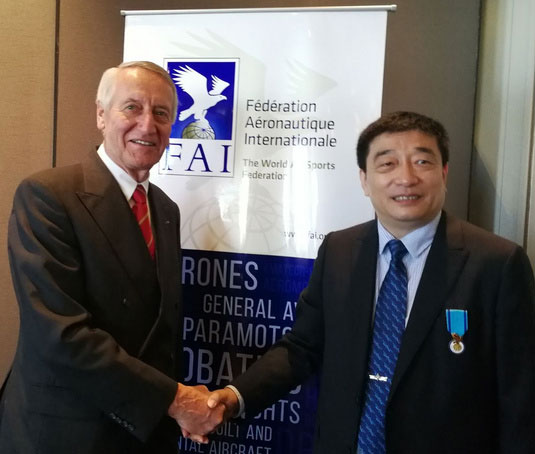 Organised by the Wuhan Economic and Technical Developing Zone (Hannan District Government) and the Wuhan Sport Bureau, the WFE was co-hosted by hosted by the FAI, the world governing body for air sports, the Aero Sport Federation of China (ASFC), Wuhan Municipal People’s Government, and Hubei Provincial Sport Bureau.

The main aim of the event was to promote air sports and economic activities locally, nationally and internationally.